"1812" - a fine dining restaurant, was opened in 2008 in the historical part of Moscow. Kitchen - Russian, French. The interior of the restaurant was created with the spirit of the epoch of Emperor Alexander I. In order to comply with the concept of the restaurant, in the logotype and the corporate identity it was necessary to present the spirit of victorious joy and the excitement that prevailed in Russian society after the defeat of Napoleon's army in 1812. 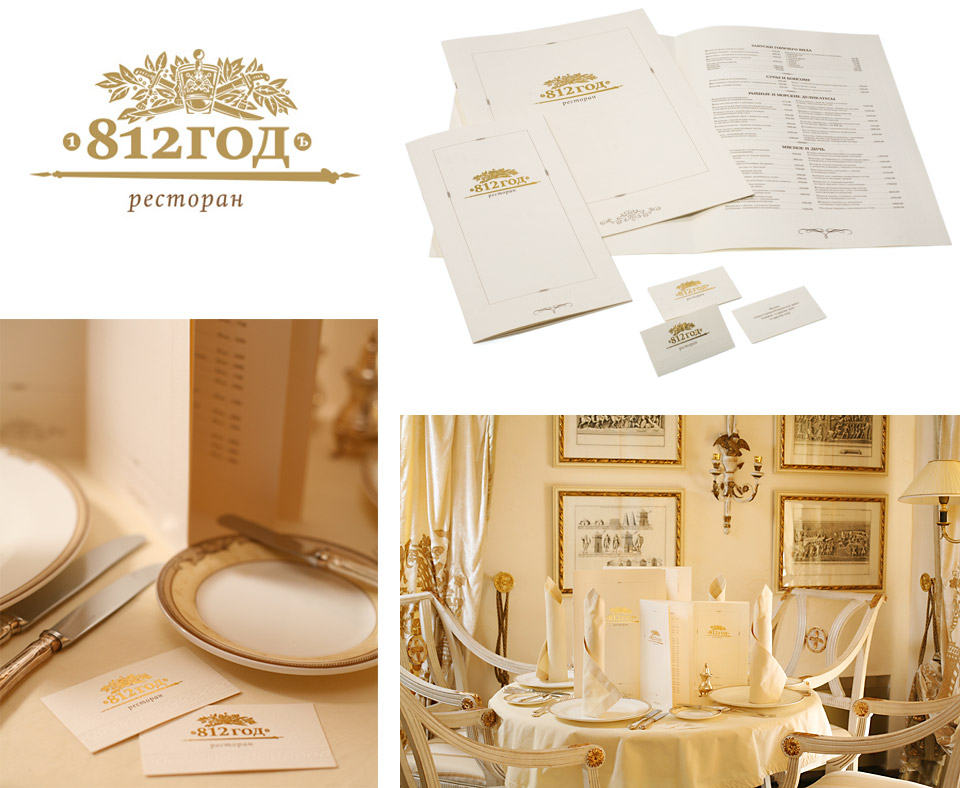