Sberbank of Russia - a modern universal bank, which meets the needs of different groups of customers in a wide range of banking services. The largest bank in Russia and the CIS, whose assets make up a quarter of the banking system, and the share in the banking capital is 30%. DizaynDepo front of the studio was tasked to show 170 years of successful development of the Savings Bank in the light of the history of Russia, since the year 2011 was the anniversary for Sberbank. In addition to the paper version and the PDF-document, the studio has developed DizaynDepo iPad-version of the annual report.

iPad-version of the annual report of Sberbank of Russia in 2011 - is:

• 3 in 1: the annual report, the financial report and the historical tape

• Clicking on the historical background image strip to access any interesting period in the history of the Savings Bank and Russia. 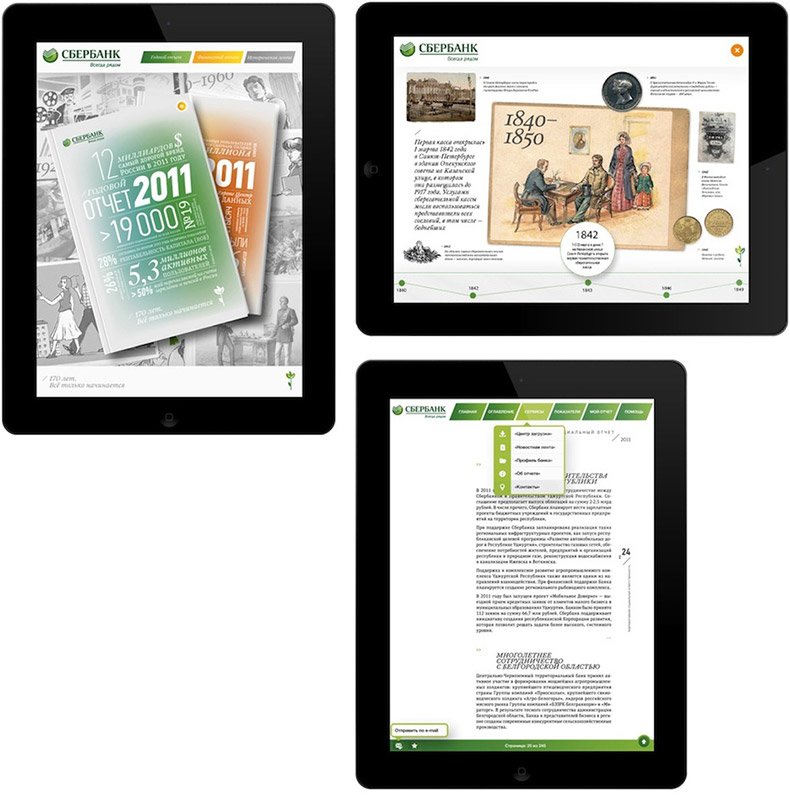